While art and science are often presented as opposing forces in today’s world, the aim of the two disciplines has always been fundamentally the same: to provide a representation of the real world. This intricate link between art and science becomes more obvious as we look to past discoveries that were made before the invention of modern scientific technologies that help us capture reality, in a time when it was in many ways necessary for scientists to be artists as well. From greek mathematicians and philosophers such as Pythagoras, Aristotle and Euclid debating music theory and the golden ratio, to Leonardo da Vinci’s Vitruvian Man, the identity of the artist-scientist has been embodied by many throughout history.

The link between art and science is especially clear in the visual domain, where artistic and scientific images alike can be beautiful, informative, and engaging in countless ways. The biological sciences and the field of bio-imaging in particular, give rise to scientific images that are often ripe with aesthetic value. From the microscopic to the macroscopic levels, scientific images of all types can capture the beauty and intrigue of scientific discovery. Even images that are not necessarily visually beautiful can stimulate curiosity and evoke emotions, and have long been used as a powerful means of teaching and communicating scientific discoveries and reaching a broader audience.

The 1665 book (and oldest ever scientific best-seller!), Micrographia by Robert Hooke, was the first to feature drawings of biological images obtained through optic microscopy, but certainly not the last. The first multi-lens microscopes were built four centuries ago, but without digital photography to capture and save the images exactly as they were, the scientific process looked very different. For a long time, the only method to capture images from under the microscope relied on the scientist’s eye, their accurate interpretation, and their artistic skills to draw by hand what was on the glass.

Neuroscience has a particularly rich history of this type of imaging, thanks to the meticulous work of scientists such as Santiago Ramón y Cajal. Cajal, who is now considered the father of modern neuroscience, spent most of his life portraying by hand and on paper, the slides of brain tissue he prepared for his microscope, giving life to some of the most iconic scientific illustrations. He often compared the processes of artistic drawing and microscopic preparation, as both represent bits of reality.

At the end of the 19th century and prior to Cajal’s work, a theory known as reticular theory was embraced by most scientists. It was born from the work of Swiss anatomist Albert von Kölliker, who showed that nerve fibers were continuous with nerve cells, and stated that the entire nervous system must therefore comprise one continuous network. Among the now obsolete theory’s supporters was Camillo Golgi, whose reazione nera (the black reaction) staining method was used by Cajal to disprove the reticular theory. Cajal’s drawings of his observations of stained tissue under the microscope allowed him to see that the nervous system is instead composed of many cells, connected, but not continuous, which  gave rise to the neuron doctrine. Interestingly, though Cajal and Golgi shared the Nobel prize in 1906, Golgi used his laureate lecture to demonstrate why Cajal’s theory was flawed, although the neuron doctrine prevailed. The staining techniques used in this work became essential tools that revolutionized histology and neuroscience, and are still widely used today. This landmark work may not have been possible without a combination of artistic and scientific skills.

Today, Cajal is not only lauded as the father of modern neuroscience, but is widely celebrated as a humanist: as much an artist as a scientist. Before and after studying medicine, he was a self-taught pioneer in colour photography. He wrote extensively, including literature, tales and poetry, but above all, he excelled in his ability to portray science through his realistic drawings and paintings. He drew by hand everything he observed under the microscope, unveiling details of brain cytoarchitecture that became the foundation of the neuron doctrine. Cajal was captivated by the beauty of what he referred to as the neuronal forest and tried to give his drawings all the morphological details of the nerve cells he observed. His meticulous eye, sharp brain and skilled hand brought life to dendritic spines, an essential structure in our understanding of neuronal synapses. This led him to postulate that neurons connect via axo-dendritic spaces and that the flow of information follows a specific orientation within and between neurons (law of dynamic polarization). His artistic skills allowed him to create magnificent images that transcend science and have become iconic pieces of art that not only still make it to the covers scientific journals even today, but have also been showcased in countless books, posters, and paintings, and presented in history and art exhibitions.

The explosion in the field of neurosciences in the late 19th century was accompanied by the rapid evolution of medical imaging techniques. The accidental discovery of x-rays by Wilhelm Röntgen in 1895 changed medical imaging forever by allowing scientists to visualize the inside of bodies non-invasively for the first time (Fun fact: one of Röntgen’s first x-rays belonged to his friend von Kölliker’s hand, and another to his wife’s).

Since then, x-ray technology has come a long way, with computed tomography (CT) now allowing for 3-dimensional imaging inside the body. The first positron emission tomography (PET) scans in the 1950s were able to show not only 3D representations of anatomy, but also image active physiological processes over time. Following this in the 1970s, the development of magnetic resonance imaging (MRI) provided an even safer way to look inside the human body without the need for radioactive tracers and radiation. The discovery of the blood oxygenation level-dependent (BOLD) effect, which allows for the indirect measurement of brain activity, by Seiji Ogawa in 1990 gave rise to a new field of research that has been booming ever since. While these more modern imaging techniques have not been appreciated aesthetically like the hand-drawn illustrations of Hooke and Cajal, they are arguably equally iconic, and carry their own unique beauty through their scientific importance.

Over the past few decades, rapid advancements in medical imaging technology have given rise to new methods that can visualize a vast array of biological features and processes from anatomy to metabolism to brain activity in impressive detail. High-field MRI scanners are able to reach sub-millimeter resolution, which when combined with 3D modeling and advanced rendering techniques, produce images that can be both scientifically and visually stunning. Scientific images have long been used to inspire art, but partly thanks to methodological advances in bio-imaging, there is also a growing appreciation for the art that is inherent in science itself.

When art and science meet, there is potential for connoisseurs of either discipline to gain a greater appreciation for the other, thereby further blurring the boundary between them. Moreover, by highlighting the beauty of scientific discovery, there is an opportunity to bring science to the general public in a format that is not just easy to grasp, but also appealing and interesting to many.

In recent years, QBIN has brought together bio-imaging science and art through the Art of Imaging initiative. This traveling exhibition showcases impressive scientific images collected from the network’s members accompanied by easy to understand descriptions of the science they represent. The exhibition has been hosted at several public events in past years, and more are planned for the future when pandemic-related restrictions are lifted and it is once again safe to gather.

This year QBIN has also launched the first Annual Art of Imaging Competition, open to all members of the network, with prizes awarded to the best two submitted images. From microscopy to MRI, we want to showcase the wide variety of topics covered by our network’s members to spark curiosity and inspire viewers to learn more about bio-imaging research conducted in Quebec and around the world, and how it impacts their lives. Please take a moment to visit the online gallery of this year’s finalists and vote for your favorite images to help us find our winners! 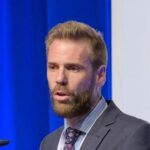 Carlos Gevers Montoro is a chiropractor and a PhD student in Neurosciences at the Université du Québec à Trois-Rivières. While he completes his PhD, Carlos still lectures at the Madrid College of Chiropractic. The main focus of his studies is on pain neurophysiology. He currently uses EEG and quantitative sensory testing to investigate the hypoalgesic mechanisms of spinal manipulation.

Zoha Deldar is a postdoctoral researcher in Pain Neurophysiology Research Lab at the Université du Québec à Trois-Rivières. Her projects focus on the neurocognitive aspects and the neurophysiology of pain by using different methods including EEG, EMG, fMRI, as well as cognitive and psychological measurements. She is also passionate about science communication and open science movement.