It is the end of the semester again and your exams are fast approaching. Your new year’s resolution was to go from expert in procrastination to expert in time management, and yet here you are again, trying to learn three and a half months of school material in one week. Like always, you have convinced yourself that in one week, you will be able to learn, understand, and memorise all the facts and theories you need to know to pass your exams. At first, cramming doesn’t sound so bad, but as the sleepless nights turn to exhausting days, you notice it becomes harder and harder. You find yourself reading the same sentence over and over as if it’s written in a foreign language. Your flash cards and clever mnemonic devices aren’t helping as much as they did yesterday. Panic starts to set in as you realise that this is taking more time than you have left,  and you wonder: “why is my memory failing me now?!”. Well, it’s likely that those sleepless nights could be taking a toll on your brain because of the interesting relationship between sleep and memory.

During the day, when you are trying to learn and remember information, your brain quickly tries to store it somewhere: the hippocampus, a seahorse-shaped structure in the centre of the brain. By forming quick connections between neurons in the hippocampus, your brain is able to store each piece of information, or memory trace, temporarily – the key word here being  temporarily. Memory traces are vulnerable and unstable, much like you after your fourth sleep deprived day! For a memory trace to become stable and longer-lasting, it requires an extra step known as memory consolidation, which is where our super star, Sleep, comes into play. Both procedural memories (related to perceptual and motor skills) and declarative memories (memories related to facts and events) are consolidated during sleep through an essential communication loop between the hippocampus and the neocortex, the most recently evolved parts of the brain involved in higher functions such as emotion and cognition. But what is the magic recipe that makes this  happen during sleep?

One of the first things you learn as a grad student in neuroscience is that neurons that fire together wire together. This phrase refers to synaptic plasticity, a way for the brain to change its structure over time to integrate new experiences. During sleep, this is what seems to be happening. When you sleep (and dream about that 4.0GPA), the memories encoded in the hippocampus seem to be played back. The synapses that are fired and wired together during wake time (for example when you were studying for your exam) are also firing and wiring together during sleep. During this process, information from the hippocampus is gradually transferred to the neocortex where it will be stored as a long-term memory, and synapses strengthen, allowing you to recall the information later.

We have established that sleep is important for optimal memory consolidation and recall, but as you may know, sleep happens in cycles. It is composed of different stages: N1 to N3, rapid-eye movement (REM) and non-rapid eye movement sleep (NREM). Memory consolidation seems to occur mostly in deep slow wave sleep, which happens during the NREM stage. Using electroencephalography (EEG), a technique that allows us to measure electrical activity in the brain through electrodes placed on the head, scientists have observed specific patterns of brain activity, characterised by quick bursts in the EEG signal,  involving the hippocampus, thalamus and the cortex during NREM sleep. These patterns are known as sleep spindles and are thought to help neurons fire together and wire together allowing the brain to replay the memory and consolidate it. Providing more evidence for the  importance of sleep for memory consolidation, another study found that when slow-wave sleep was reduced overnight in older adults, memory retention was also reduced. So when you stay awake all night cramming, your capacity to encode information is poorer, and you might actually be better off going to bed.

Many different types of studies have backed up the idea that sleep is important for proper memory function. For instance, in one experiment,  two groups of participants had to memorise a similar word list. One group was then allowed to sleep and the other was not. When asked to recall the word list, the sleep-deprived group remembered significantly fewer words, suggesting that sleeping well plays an important role in encoding memory. Another study found an association between the sleep behaviour of medical students during the pre-exam period and their achieved grades. Specifically, students who kept an earlier sleep-wake schedule were more likely to achieve better grades. On a more promising note, studies have also shown that if you somehow manage to actually enhance your quality of sleep, you may also be able to enhance your memory.  A recent review found that enhancement of slow wave sleep, which is possible using a technique called slow-wave transcranial direct current stimulation, was associated with better verbal declarative memory, and picture and location recognition.Now, you might be thinking that sleeping longer and better is easier said than done when you have the stress of an exam looming over you, and you’re certainly not wrong. So just how much sleep should you be getting to avoid negative consequences for your memory?

As is often the case in neuroscience, one useful way to study a certain cognitive function is to study a patient population in which that function is impaired. So to learn more about memory, it is helpful to study Alzheimer’s disease (AD), since AD’s prominent cognitive symptoms are memory deficits. One study looked at the amount of amyloid accumulation (a pathological marker strongly linked to Alzheimer’s) in the brains of cognitively unimpaired older adults using positron emission tomography (PET) scans and found that individuals who slept less than six hours per night had more amyloid accumulation than those who slept six to seven hours. Another more recent study from 2021 found similar results, showing that people who slept less than five hours had the highest amyloid burden in their brain. So while it’s impossible to say exactly how much sleep is optimal for a particular person, it does appear that anything less than five or six hours of sleep could have negative consequences for memory.

Even more interesting (and complicated!) is that it is not just about the number of hours you sleep, but also how rested you feel. While it may sound like more sleep is always better, our subjective feeling about the quality of your sleep is also important. A research group looked at sleep adequacy, which is a measure of how restored you feel after sleeping, and found that higher sleep adequacy was associated with lower levels of several markers known to be associated with Alzheimer’s Disease in the cerebral spinal fluid (CSF) in cognitively normal adults.

All this writing about sleep and memory made me remember a teacher who would always say “if you have to choose between a good night of sleep and cramming, always choose sleep”. While my first thought was always “easy to say when you’ve already made it!”, I now know that we were both at least somewhat right. I hope that through this article I have convinced you to prioritise sleep, especially when you’re stressed or studying for an exam. Contrary to what people might think, sleep is not just an annoying time-wasting habit our body has to do to rest; it is primordial and essential for many memory processes. I think we all know in our hearts that with better time management and prioritising, we could sleep more and avoid cramming three months of studying into one week, and possibly do better on our exams, but at the same time, is a student who does not procrastinate even a student at all? 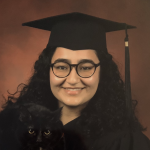